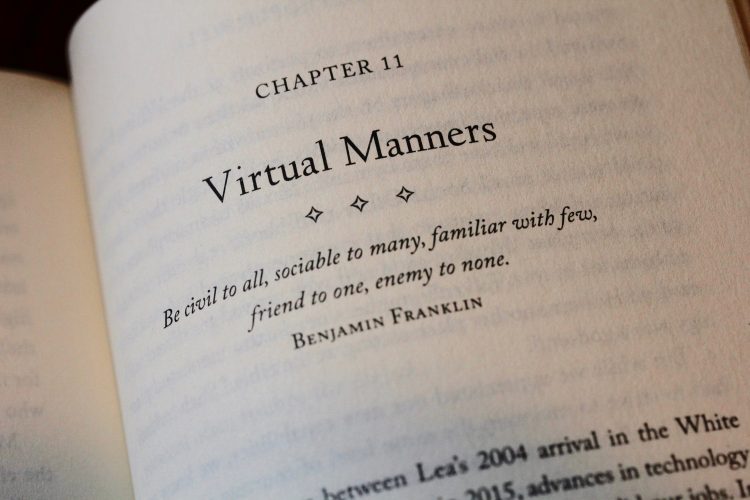 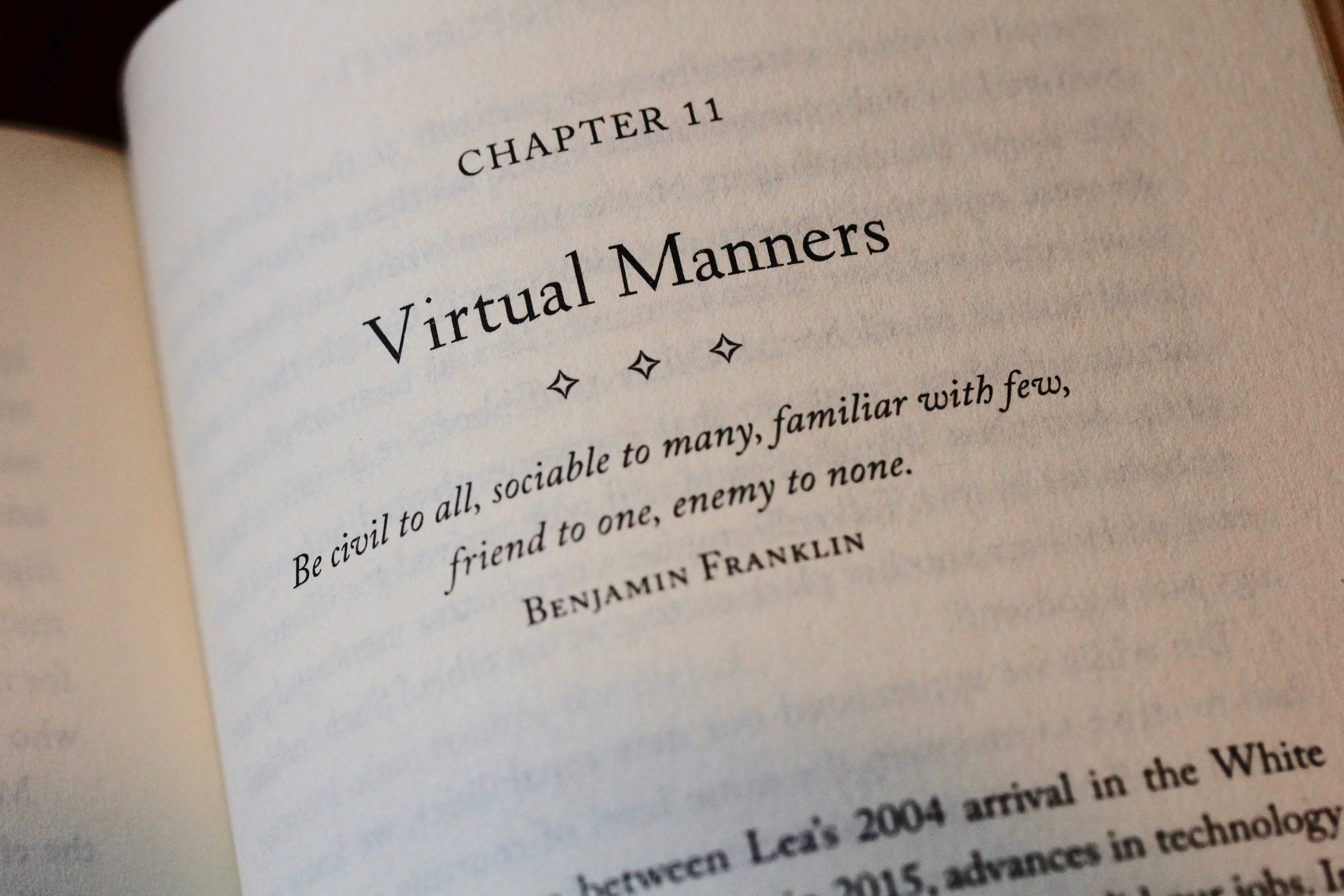 The word ‘etiquette’ in French means ‘label,’ which is appropriate because nothing labels us like our personal behavior. Every time a new app or social media platform becomes available to the general public – technology that make our lives easier and more productive – we need to develop practical rules for how to use these tools in a way that serves, but doesn’t control, us.

Here are some guidelines regarding cellphones from Treating People Well:

If you’d like to read more about how to put your best foot forward online, read the chapter on Virtual Manners in Treating People Well, treatingpeoplewellbook.com.