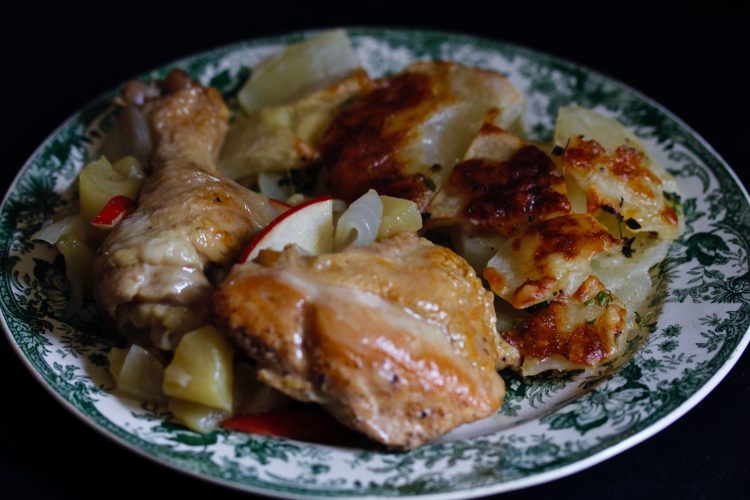 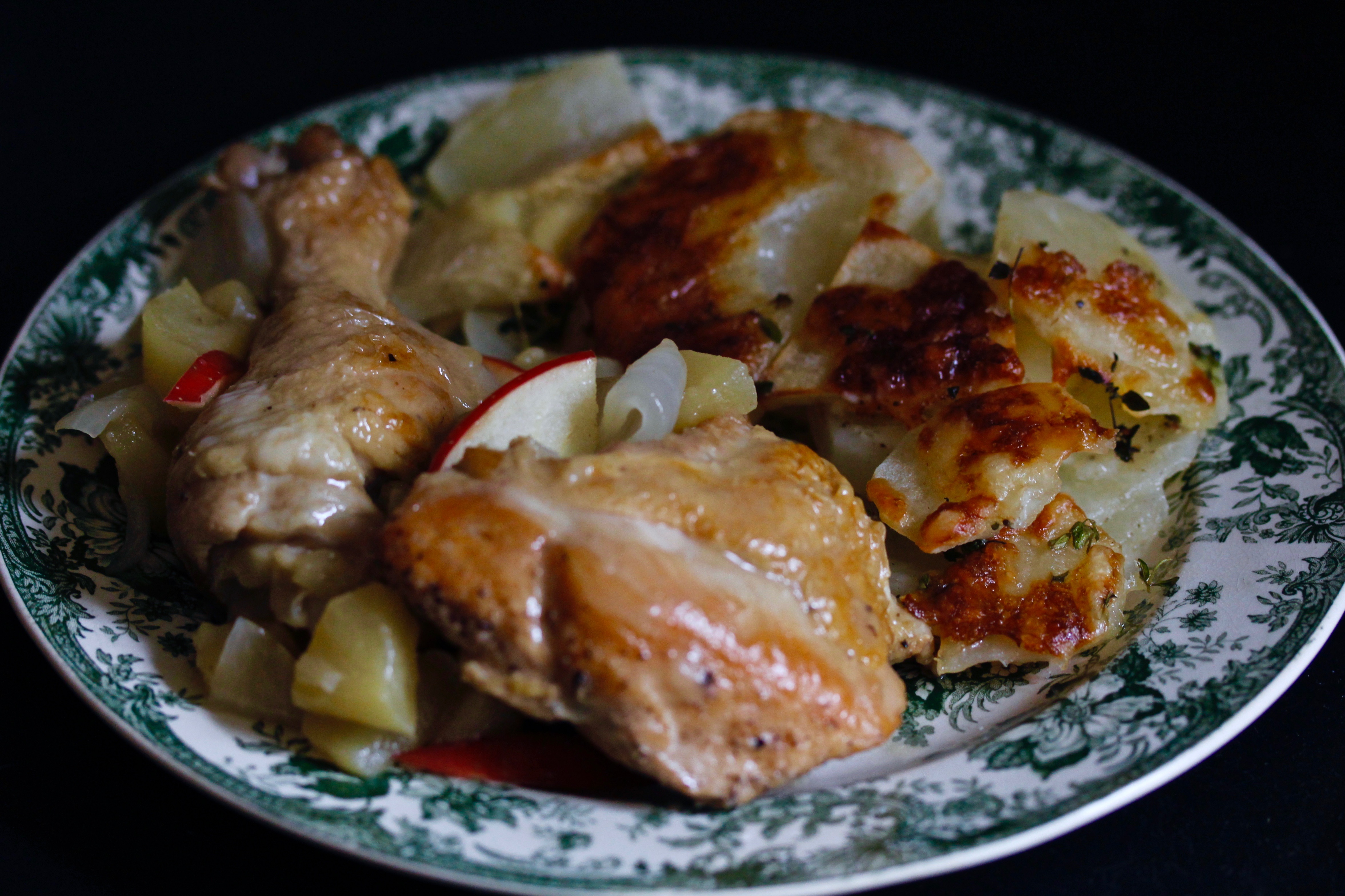 My uncle had an apple orchard that I loved because I could climb the trees – apple trees being invitingly low to the ground and accessible for a small person. The apples were McIntoshes and it was hard to wait for them to be ripe enough to eat because they’re a particularly good eating apple. It was one of the pleasures of my childhood to climb a tree, pick an apple, and eat it while perched in the branches, but eating an apple is still a pleasure, primal and edifying.

This recipe for chicken with Calvados (apple brandy) and apples embodies the essence of the season with a sweet yet tangy sauce and chicken so tender it simply falls off the bone. There are so many versions of this recipe, often referred to as Poulet a la Normande for its French roots, but this is my favorite. 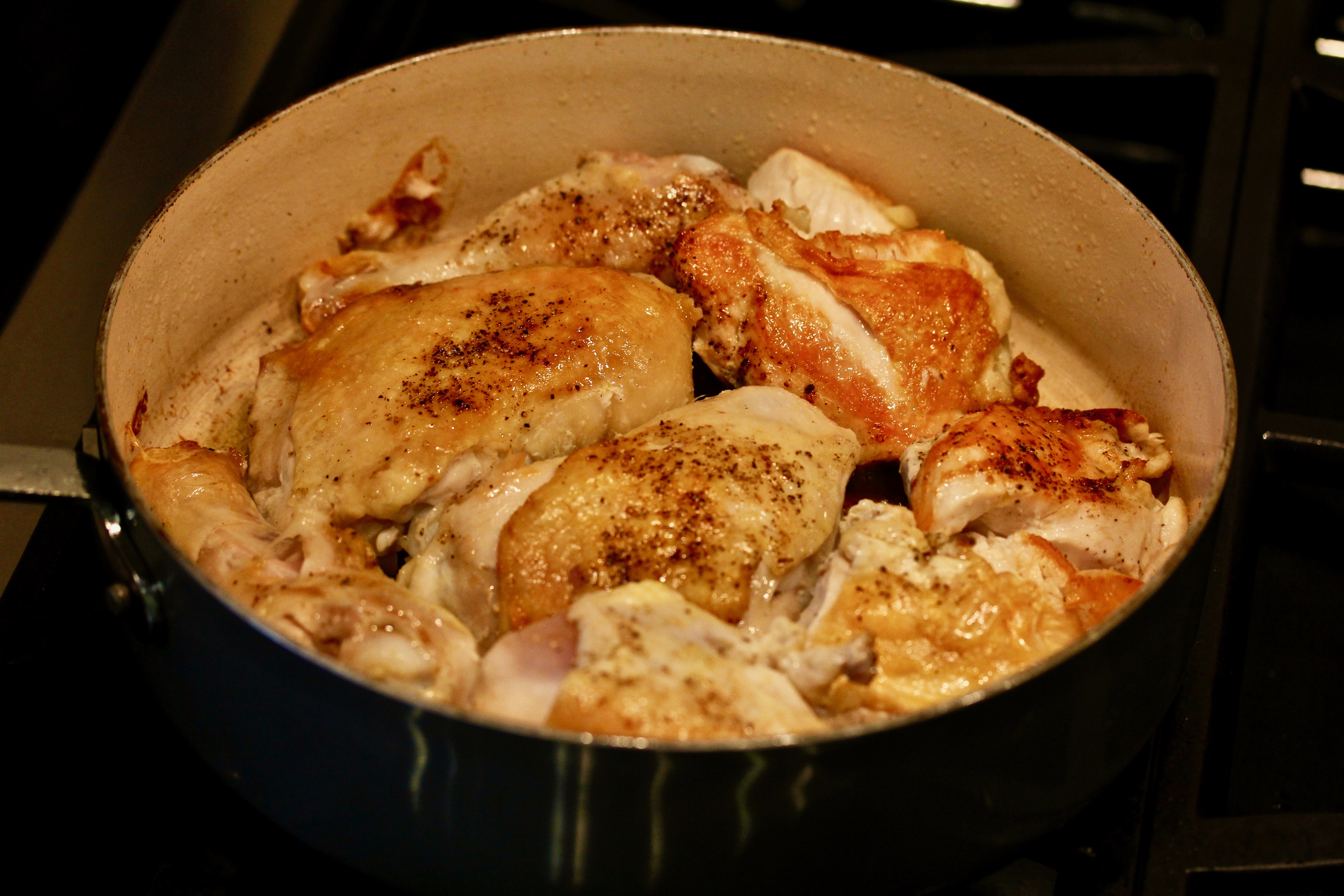 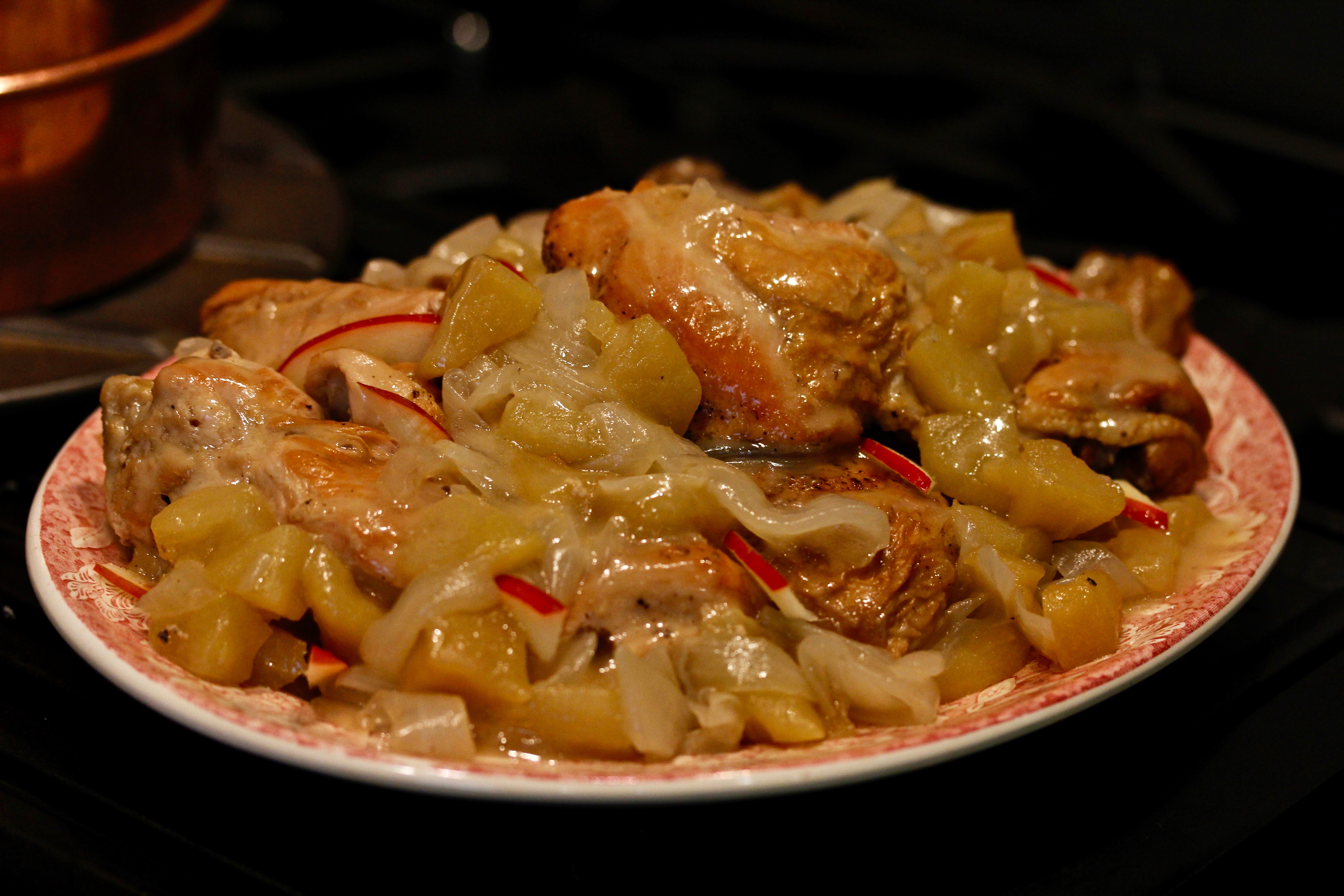