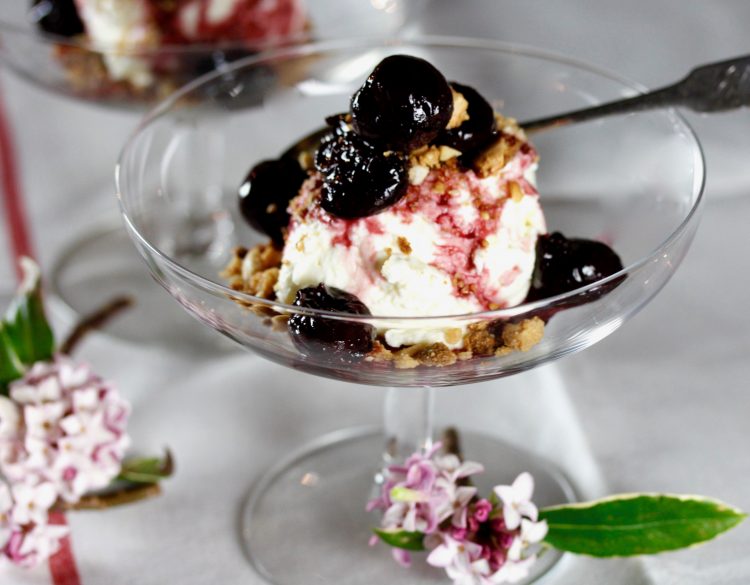 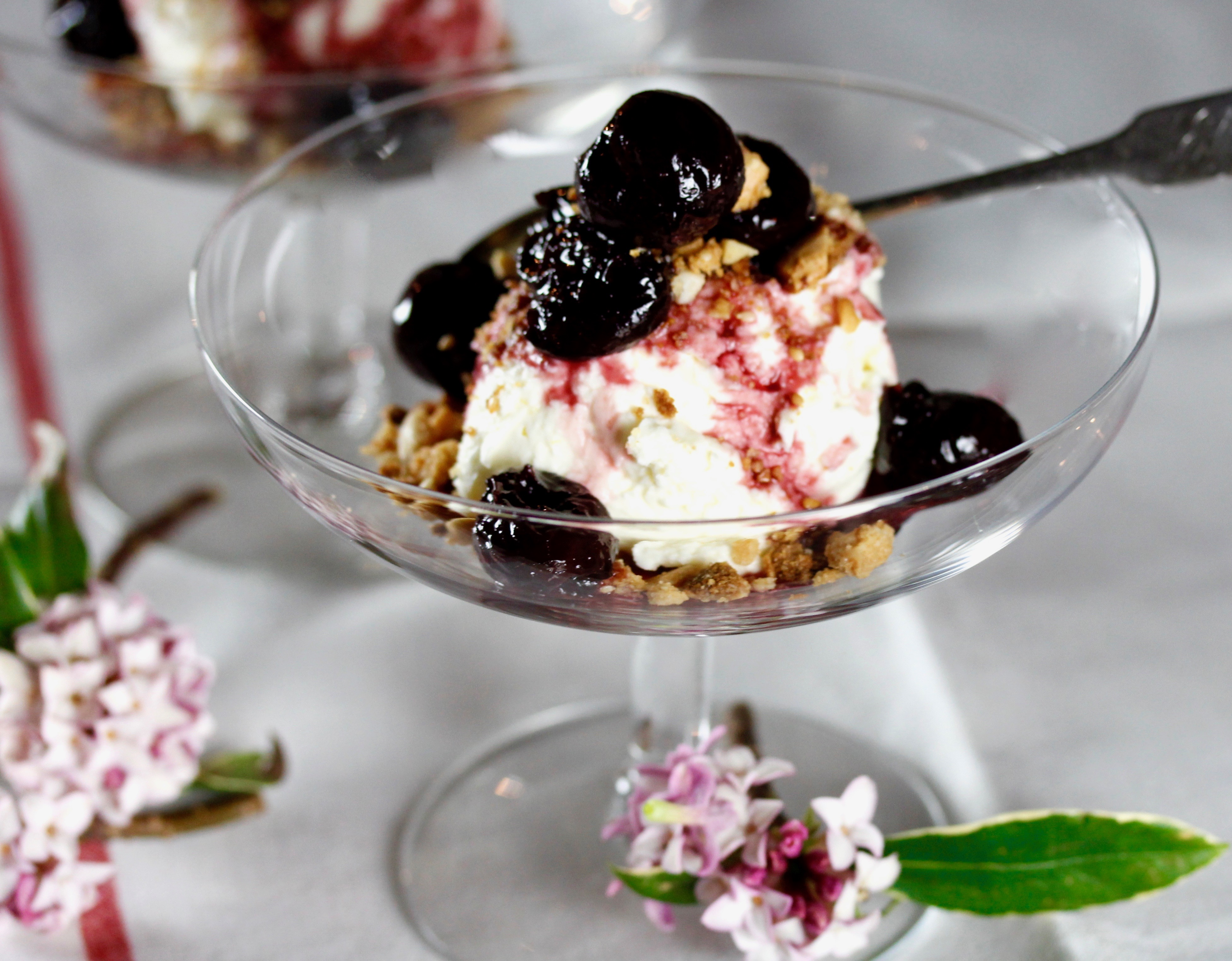 I love simple recipes because they’re the ones that keep us cooking. They’re faster, require fewer ingredients, and make us more willing to cook because we know we’re not getting ourselves into an all-day project – but the final result will still be special and worth the effort.

Studies show that people who cook for themselves have healthier diets, if for no other reason than they’re not ingesting the chemicals found in pre-packaged foods. You know the rule of thumb: if you can’t pronounce the ingredients on the side of the box, you probably shouldn’t be eating them.

This Yotam Ottolenghi cheesecake, from his cookbook Ottolenghi Simple, is going to be our Easter Sunday dessert. He calls it his Sweet and Salty Cheesecake with Cherries, and it’s wonderful not only because it’s delicious but because you can make it in advance and put it together right before serving. If you’re producing a big meal, an easy-to-assemble-yet-still-spectacular dessert is the perfect solution to that feeling when you’ve been cooking all day and you’re starting to run out of steam by the time you get to dessert prep. I tried this recipe with frozen cherries and ripe cherries (it was a fluke that the grocery store had them at this time of year,) and I thought the fresh cherry version was definitely next level. I hope you love it!

Ottolenghi’s Sweet and Salty Cheesecake with Cherries
Adapted from Ottolenghi Simple
Serves: 6-8
Prep time: 90 minutes, not including time for cheesecake batter to set

For the cherry compote:

Note: The original recipe called for star anise in the compote, and hazelnuts in the crumble. I opted to leave out the anise, on the basis that I can’t stand the flavor of anise, and I prefer almonds to hazelnuts because hazelnuts can be bitter. If you want to go with the original recipe, ad four pods of anise to the compote to cook with orange peel, and substitute almonds for hazelnuts. 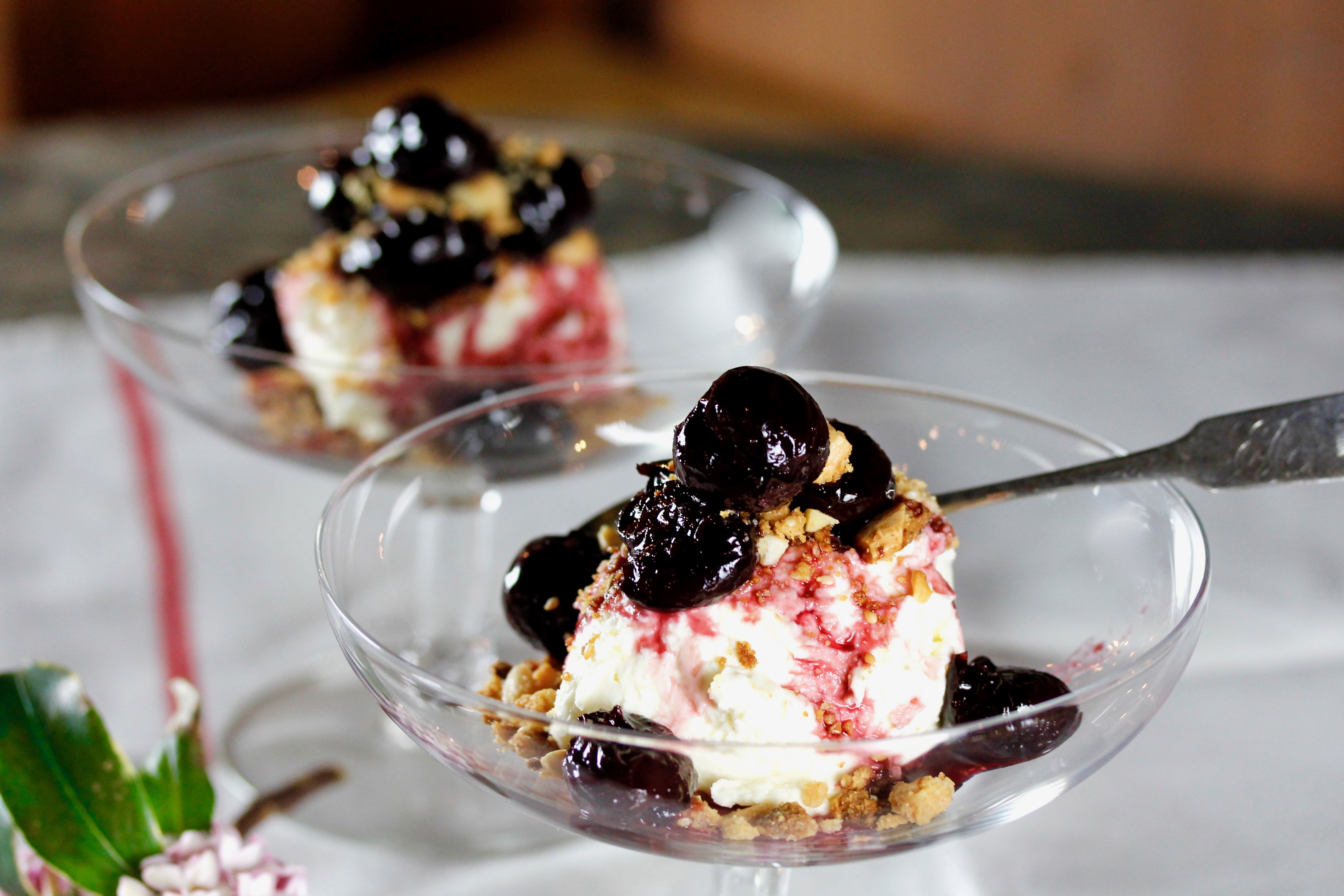