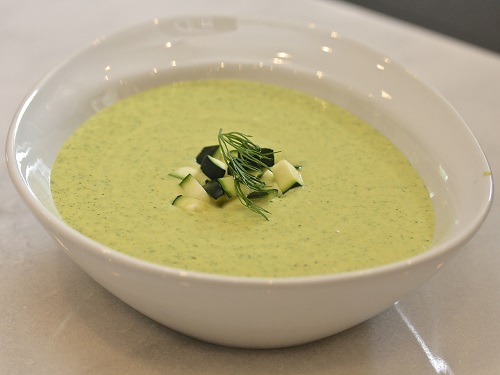 Bess Abell was Lyndon Johnson’s Social Secretary. The daughter of Earle Clements, a man who served Kentucky as both its governor and senator, she has lived her entire life around politics, and is currently the dean of the former social secretaries sorority. I love being around Bess. In addition to having some of the best social secretary stories of all time, she is a gifted raconteur, and always draws roars of laughter with her tales of Lyndon Johnson. Johnson was a larger-than-life president whose many extraordinary legislative successes created the modern American society. Bess was more than up to the challenge of working for such a man. She pulled off two White House weddings during her time there, not to mention what must have been an unimaginably difficult transition for the Johnson family, coming into the White House after the assassination of President Kennedy. Bess tells a wonderful story that illustrates the lengths to which people will go to be invited to a State Dinner. She was planning a State Dinner for the King of Norway, and was asked by a man she knew to be invited to the dinner. Bess told the man that the dinner was already full and she couldn’t accommodate him. A few days later this same person made an appointment to see her. In halting tones, he said that his wife was dying, and it was her last wish to attend a State Dinner at the White House, and could she possibly do this one last thing for his wife?

Moved by his words, she spoke to Mrs. Johnson and asked if she might invite the couple if space became available, and Mrs. Johnson immediately agreed. Bess was able to invite the couple, and they attended happily. Many, MANY years later she ran into the man and his very healthy wife – and realized that the deathbed story was something of an exaggeration  – but a very effective way to get an invitation to the White House.  (Don’t try this now – we’re all on to this ploy – thanks to Bess.)

Bess’s husband Tyler was the stepson of Drew Pearson, one of the best-known Washington columnists whose daily column “Washington Merry-Go-Round” was the most widely read of its time and syndicated in 600 newspapers. Tyler’s mother, Luvie Pearson was one of the great ladies of Washington society. Her entertaining skills were formidable, and she was an acknowledged trendsetter. Her cold zucchini soup recipe made the rounds of the great homes of captains of industry and famous politicians up and down the east coast. The Pearsons would go to a dinner party in New York, and Luvie would find her soup being served as a first course!

Bess served this soup last month at a dinner at her home, and it was as popular now as it was in the days of the Washington Merry-Go-Round. It’s cold and crisp, and an elegant way to dispense with an overabundance of zucchini.

Any summer squash may be used as a vegetable base for this recipe, as well as cucumbers, potatoes, asparagus, broccoli, green beans, wax beans, or Jerusalem artichokes. If appropriate, certain beans should be “stringed” before cooking.