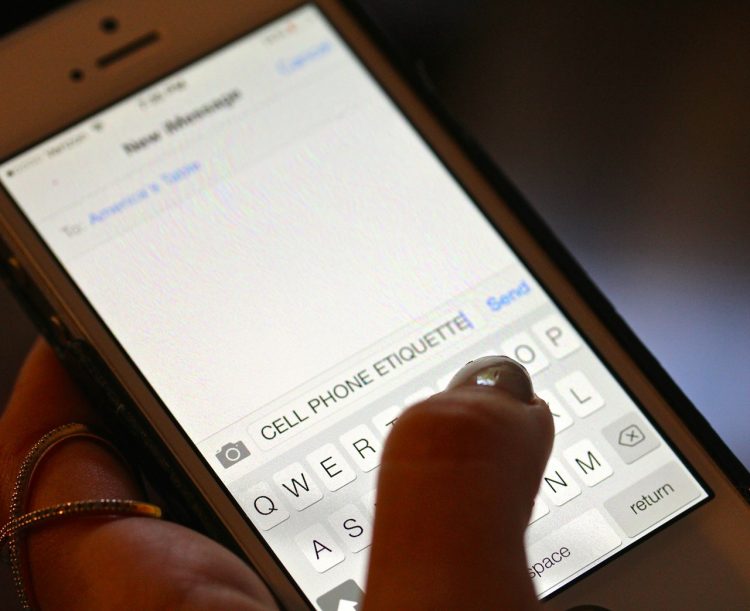 The word ‘etiquette’ in French means ‘label,’ which is appropriate because nothing labels us like our personal behavior.  Every time a new piece of technology becomes available to the general public, etiquette has to be created to cope with it.  There’s no point in bemoaning technological changes; they’re going to happen no matter what we may think of them, so it’s important to develop practical rules for how to use cellphones and other social media platforms in a way that is courteous and mindful of others. 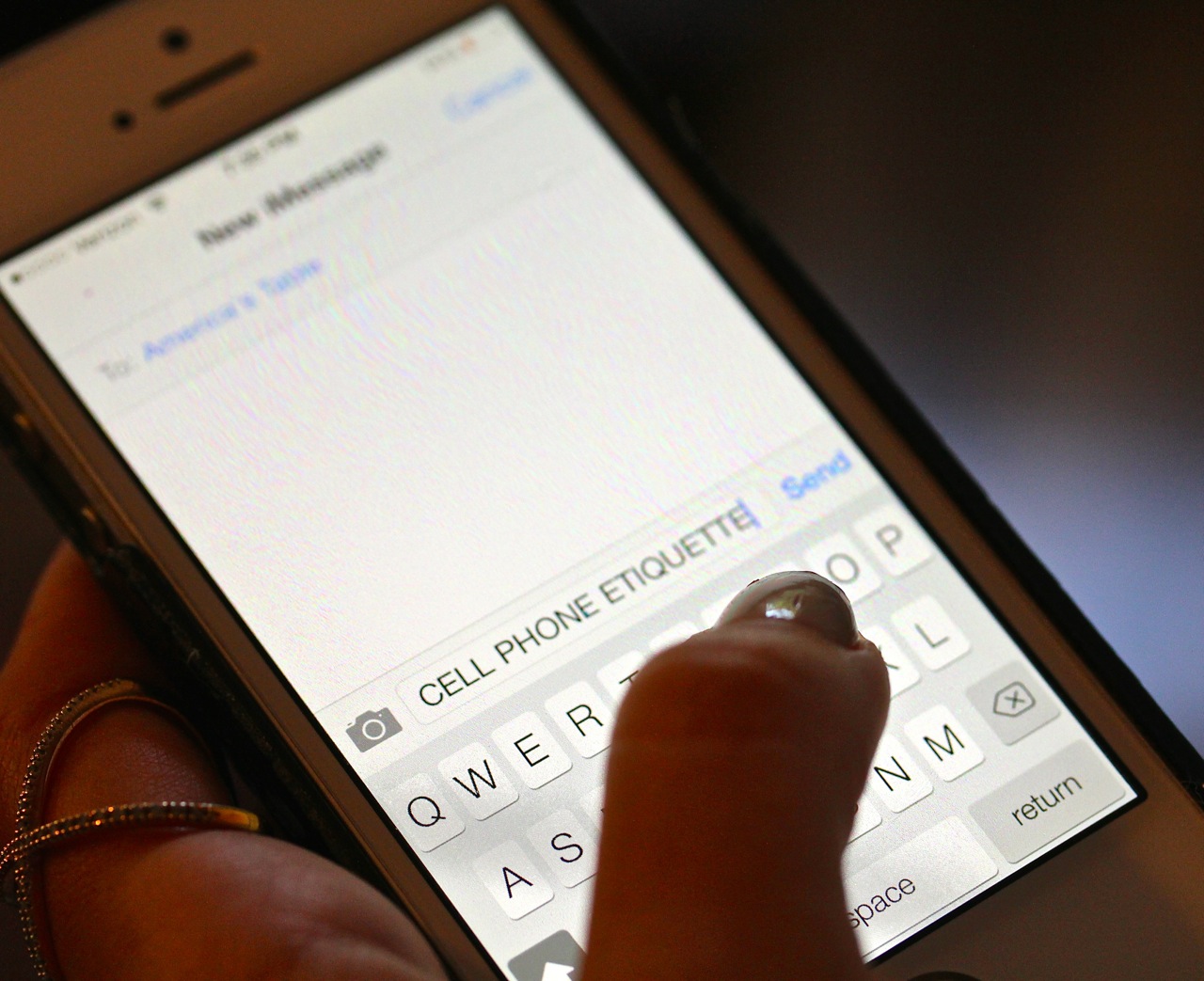 Here are some guidelines regarding cellphones:

It’s rude to use a cellphone or read texts or emails at the table, or in a business meeting or meal.  You may as well hold up a sign that says “I’m bored, you’re boring, I have more important things to do.”  My husband once took a young man in to see an important CEO, to ask for help in a fundraising effort the young fellow was involved in.  The brash young man pulled out his Blackberry during the meeting and began to scroll through it.  The CEO stopped talking, turned to the young man and said, “May I see that?”  He handed the Blackberry to the CEO, who calmly hurled it against the wall, smashing it to pieces.  The CEO turned back to the discussion without further comment.  Needless to say, the donation never materialized.  We’ve probably all felt like that CEO at one time or another, but aren’t in a position to get away with that kind of behavior.  It was a harsh lesson, but something that probably made the brash young man a little less brash.

It’s a bad idea to use your phone in a theater, where the light is a distraction to others.  And when in a theater please turn your phone to vibrate.  Other places where cellphones shouldn’t be used: churches, libraries, elevators, waiting rooms – if your phone rings while you’re in these places, let it go to voice mail.  That’s what it’s for.

Give yourself some space when talking on your phone in a public area.  Move away from others so they don’t have to be an unwilling part of your discussion.  And remember to lower your voice.  As we become distracted by our call, we often lose awareness of where we are and what we’re saying – and how loudly we’re saying it.

Avoid intimate discussions when you’re on a cell phone in public.  Nobody wants to hear it.

Ringtones – Ringtones have become a form of self-expression, and far be it from me to curtail anyone’s ability to express themselves.  However, if you must have the Crazy Frog ringtone, please try to answer your phone as quickly as possible when you’re in a public space.  And unless you are hard of hearing and need a loud ringtone, keep your ringer at a moderate level.

The Internet is forever.  Texts can be forwarded (or screenshotted, as my two children often do), so be aware that what you text can always be sent on to others.

Cameras on phones create added potential for bad behavior.   It’s a bit disheartening for me to consider all the ways camera photos can be misused, so I’m going to stick to the ones that don’t involve pornography.  If you’re attending a wedding, please don’t post photos of the event before the happy couple have a chance to do it themselves.   If you’re at an exclusive party, it’s unkind to post photos from it that will make those who were not invited feel left out.

Finally, don’t take photos of people without their permission.  Sometimes this is really hard to do.  I once saw a famous Washington talking head having color and highlights at my hair salon.   I really, really wanted to take a photo of him in the salon chair with his headful of foil pieces sticking up in the air, and send it around to my friends.  But I didn’t.   It would have been an invasion of his privacy, and that’s the standard that applies here, and generally in life.  If you wouldn’t want it to be done to you, don’t do it to anyone else.